Finally, someone writes the truth about this silly myth. I sometimes hear clients tell me "but I know someone who eats whatever she wants and SHE doesn't gain weight". It's simply not true...

Claire Morel leads a double life, she tells me with a playful smile, “like almost all Parisian women”.

She doesn’t mean indulging in the French tradition of “cinq à sept” — a bout of extra-marital hanky-panky between finishing work and going home.

She’s referring to food, and the pain she and many others endure to live up to the myth that French women stay slim effortlessly despite eating three-course meals and drinking wine. A myth only perpetuated by Mireille Guiliano’s 2004 bestseller, French Women Don’t Get Fat  and exemplified by actresses Marion Cotillard, Audrey Tautou and Eva Green — even President Macron’s wife Brigitte, still slender and glamorous at 64 .

The myth is false - after eating out, you compensate at home. No one sees how little you eat for the next three days. Slim women often claim to eat a lot but their fridges are empty

“When foreigners visit Paris, they see skinny women in restaurants, gorging themselves on burgers, feasting on traditional dishes with butter and cream sauces, tucking into cheese and desserts and quaffing wine, so obviously they wonder how we manage not to get fat,” says Morel, 33, an events manager, when we meet in a hip café beside the Bassin de la Villette.

“The truth the tourists never see is that we watch our weight compulsively. The myth is false. When you’re out with friends, it isn’t cool just to eat salad. You have to be a ‘bonne vivante’ and take pleasure in food, but what you show in public and what you live in private are two completely different things. After eating out, you compensate at home. No one sees how little you eat for the next three days. Slim women often claim to eat a lot but their fridges are empty.” 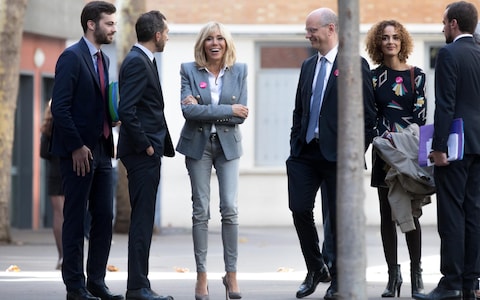 With her warm smile and engaging manner, Morel is self-assured, attractive and slim at 5’6” and 9 st 10. Though not stick-thin in the way many young Parisiennes are, she could never be deemed overweight; except perhaps under what she calls the “diktat” of the fashionistas.

“Now I feel good about myself, but when I was younger I often felt guilty,” she says. “Here, you’re already seen as plump if you’re size 10. The ideal Parisian women is super-skinny and we all suffer while we struggle to conform to an unrealistic body image. In Paris, image — ‘le look’ — is all-important. Women become obsessive, trying to achieve a shape that nature never intended.”

The reason the myth that French women don’t put on weight endures in cities like Paris, argues author Gabrielle Deydier, is because few overweight people live in the affluent central arrondissements: “Employers tend not to hire the overweight. They’re banished to the banlieues (suburbs).”

You’re seen as a loser, someone lacking self-control, with a self-inflicted disability - there’s a feeling in France that if you’re fat it’s your fault

Deydier, 38, from the southern city of Nîmes, has become something of a media sensation since publishing a book about what it’s like to be obese in France, On Ne Naît Pas Grosse ('You're Not Born Fat'), this summer, exposing the quiet tyranny of the country’s cultural mores.

National coverage prompted a public reaction ranging from empathy for the ostracising effects of what she calls “grossophobia” (fattism), to outraged complaints that she is trying to normalize obesity.

“You’re seen as a loser, someone lacking self-control, with a self-inflicted disability,” says Deydier, who, despite her two degrees and confident manner, claims she was forced to abandoned a job as a teaching assistant after becoming the target of “constant jibes” about her 23st weight. “I thought about bringing a discrimination case but there’s a feeling in France that if you’re fat it’s your fault, so you feel guilty and you think you won’t be believed.” 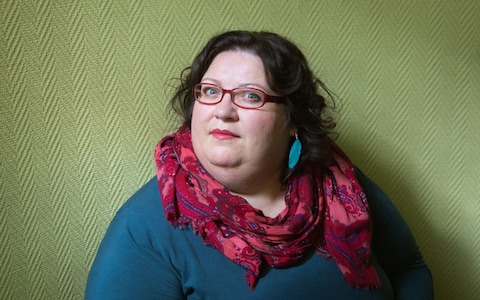 In another job, as a receptionist, she was sexually harassed. “A male colleague threatened to rape me, then denied it, saying I was ‘too fat’ while his wife was ‘beautiful and slim’. My bosses, who were women, advised me not to take the case any further. I went to the police but they said: ‘It will be complicated for you. You’ll be humiliated.’”

Yet the French are getting fatter. French women are still among the thinnest in Europe, certainly, but according to a report by the Organisation for Economic Cooperation and Development (OECD), more than 15 per cent of the adult population (over-15s) were clinically obese in 2015, up from about 12 per cent eight years ago. And the number of bariatric surgeries has doubled in the past six years, to 50,000 annually.

Men don’t want to take out a woman who might be categorised as ‘plump’. But it’s really competitive among women too. Being slim gives you power over other women

At the other end of the scale, more than 600,000 people suffer from anorexia or other eating disorders. Morel blames the fashion industry for jeopardising young women’s health. Under a new 'photoshopping’ law, pictures that are digitally altered to make models look thinner must carry a warning that they have been ‘touched up’.

“The law is a good step but it’s too timid,” she says. “It shows that the government’s becoming aware of the issue, but we’ve still got a long way to go.”

“It’s men who are most at fault,” adds Morel. “As soon as we become a bit curvier, they look at us less. They don’t want to take out a woman who might be categorised as ‘plump’. But it’s really competitive among women too. Being slim gives you power over other women.”

A few years ago she consulted a dietician. “I was sick of boyfriends and other women telling me I was putting on weight. I wanted to lose four or five pounds but the dietician told me I was overweight and I needed to lose 15 or 16 pounds. He made me feel like I was ill. He told me that not eating would give me adrenaline, it would be like a drug. I think he was anorexic himself. I lost 7 or 8 pounds but it became obsessive and I think I would have made myself ill if I’d carried on. Afterwards I put the weight back on.” 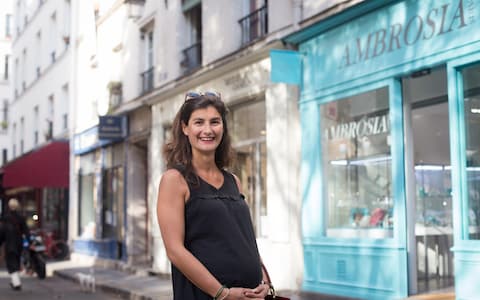 Tiphaine Chevalier, a 36-year-old lawyer, says she became anorexic in her late teens. “It started when someone said I was too fat so I wanted to take control. It lasted five or six years and finally I was cured when I spent a year in Glasgow, away from my friends and family. I returned to eating normally without thinking about it. I’m still very fond of Scotland.”

Chevalier, who is expecting a child in December, says there is a grain of truth in the French myth. “We eat less processed food and when we drink it’s usually wine, rather than spirits or beer. We’ve got better food habits and our meals are more structured. But we’re careful too.”

The enthusiasm generated by Deydier’s book, however, suggests that many French people share her desire for a relaxation of attitudes. Having done the talk show circuit, she is now planning a documentary and her book is due to be published in the UK next year. It’s a far cry from the days when she stayed at home, having her shopping delivered to avoid disparaging remarks from strangers in the supermarket or even in the street.

“Fat people don’t get respect in France. People you don’t know think they can insult you or give you patronising advice. I used to feel like I was under house arrest. Now I go to restaurants.”

In fact, our interview takes place in the same café in which I arranged to meet Morel, who, recognising Deydier instantly from TV, is visibly delighted to meet her: “I admire your courage in speaking out,” she says, warmly.

After Deydier leaves, she adds: “This isn’t an issue that only affects heavily overweight women like Gabrielle, it also affects women like me who look normal on the outside but who are compelled by the tyranny of society to be even thinner. There’s a conspiracy of silence.”

Perhaps it is finally ending.

Feeling Depressed? Bacteria in Your Gut May Be to Blame